In this article, we want to practice with a TLOC attribute for path selection.

Based on our topology, we have three sites, and each section has two transport clouds. One is mpls, and another one is metro.

Each vEdge router connects to a local csr router. There is OSPF neighborship between vEdge routers on each site to their csr routers, and omp redistributed to OSPF vice versa.

By default, each vEdge router can use both transport clouds to reach other sites' networks.

For example in Tokyo site with have two individual routes to reach csr router on Sanjose site.

In our challenge, we want the Paris site to advertise routes (loopback of CSR router) via metro cloud with higher preference. If connectivity to metro lost, then Paris vEdge start advertising routes via mpls cloud. Or in other words, metro cloud gets the primary for Paris and mpls cloud act as the backup.

Based on this challenge, from Sanjose or Tokyo's point of view, we can see only metro cloud path to reach Paris, and if metro path fails, it goes to mpls as a backup transport cloud. Its like BGP protocol.

We can accomplish the challenge with different methods in the cisco sd-wan solution, but I want to use the TLOC route, and in this scenario, I want to play with carrier attribute.

Note: in this scenario, vmanage is managing the vsmart.

In Paris, we need to mark mpls tunnel with carrier1 and metro tunnel as carrier2. 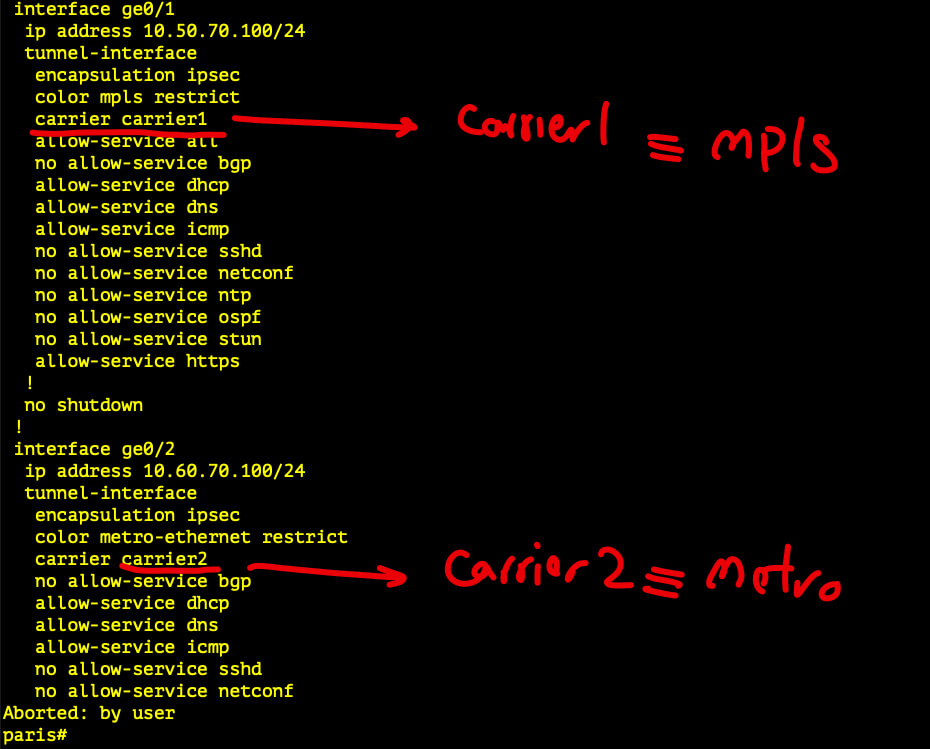 Later in vmanage, we can use these labels to prioritize path.

Create a policy based on TLOC attribute in vmanage 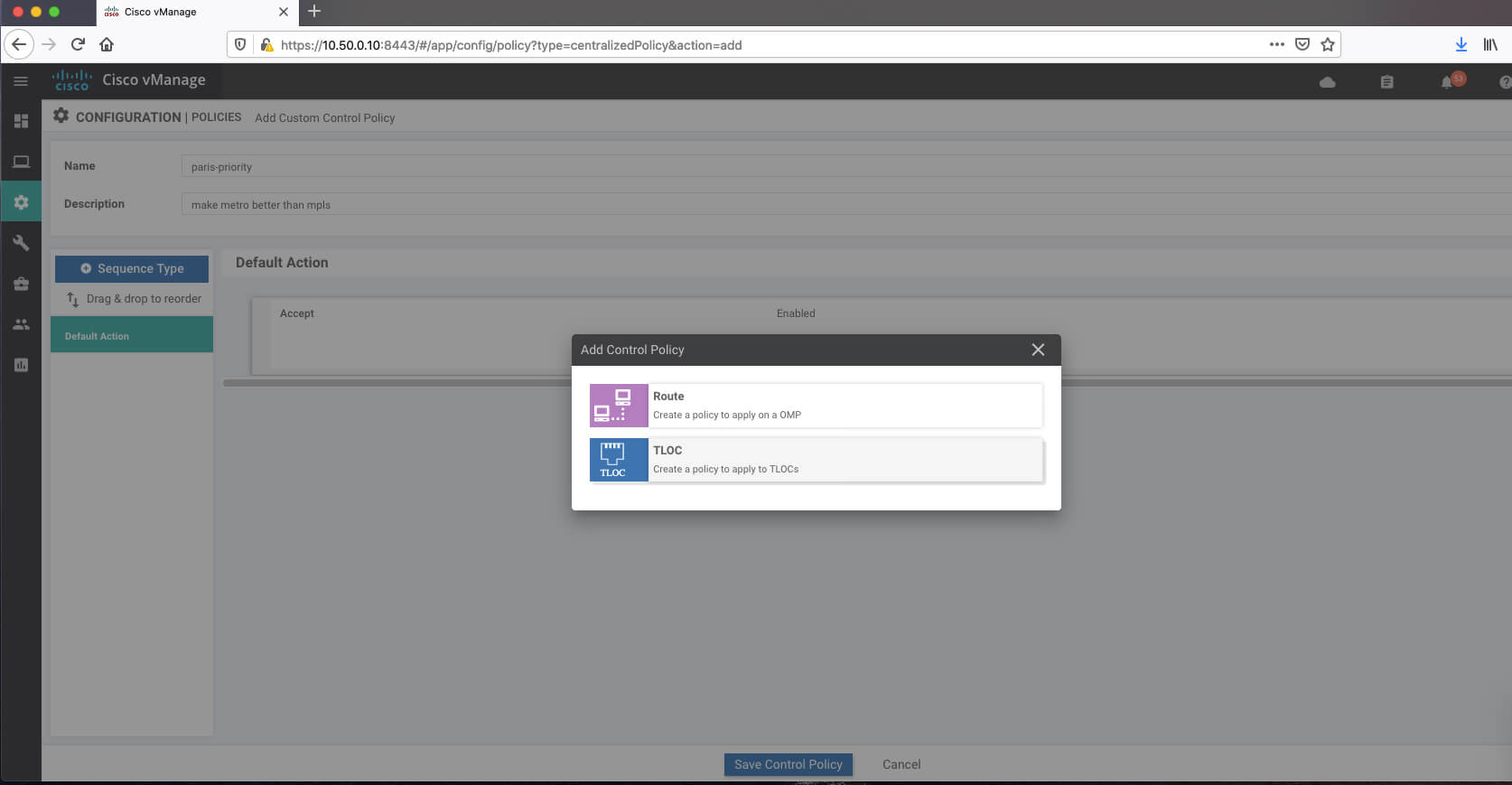 4. Based on our scenario we choose TLOC. 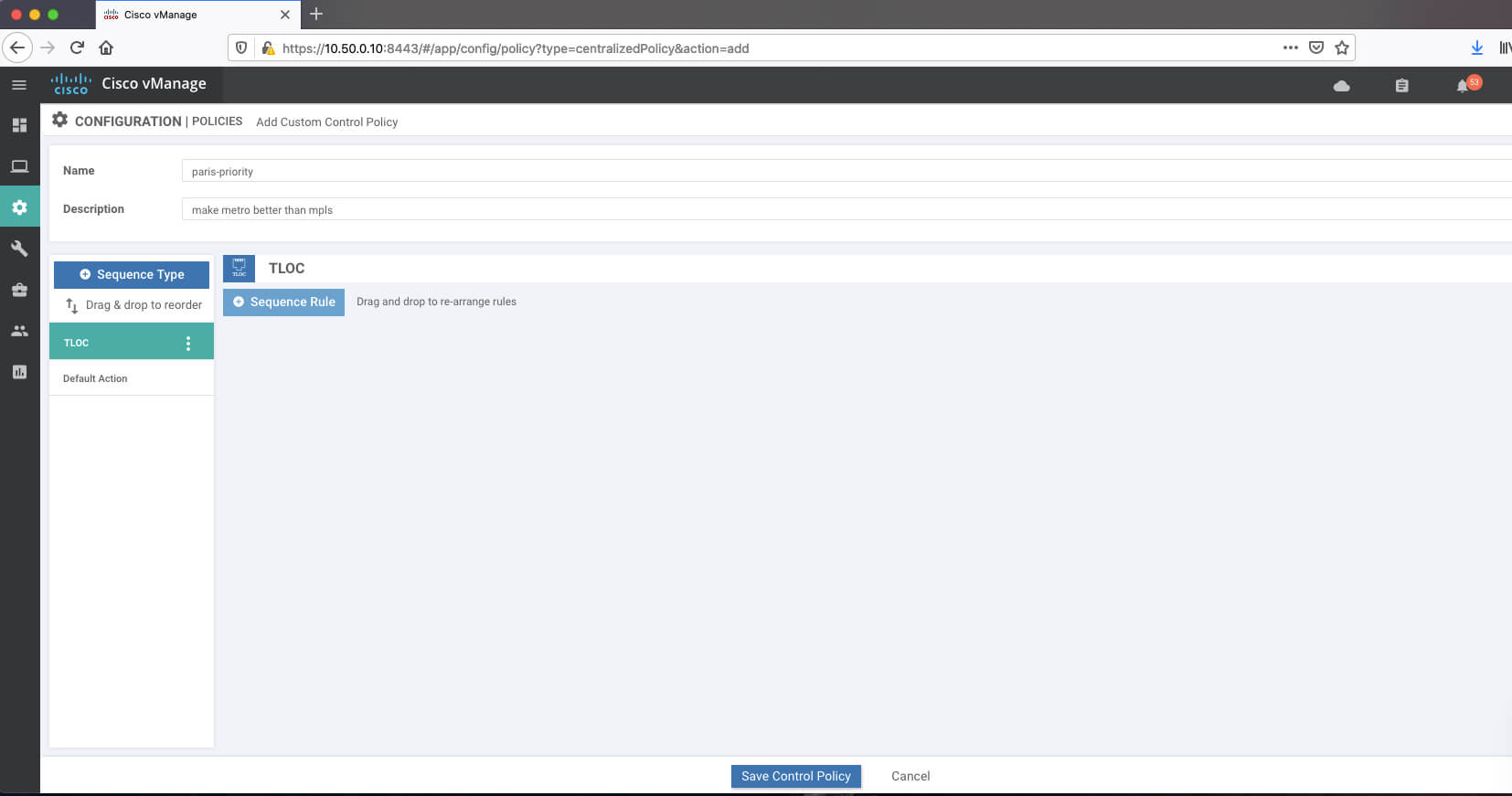 7. Write a match based on carrier. 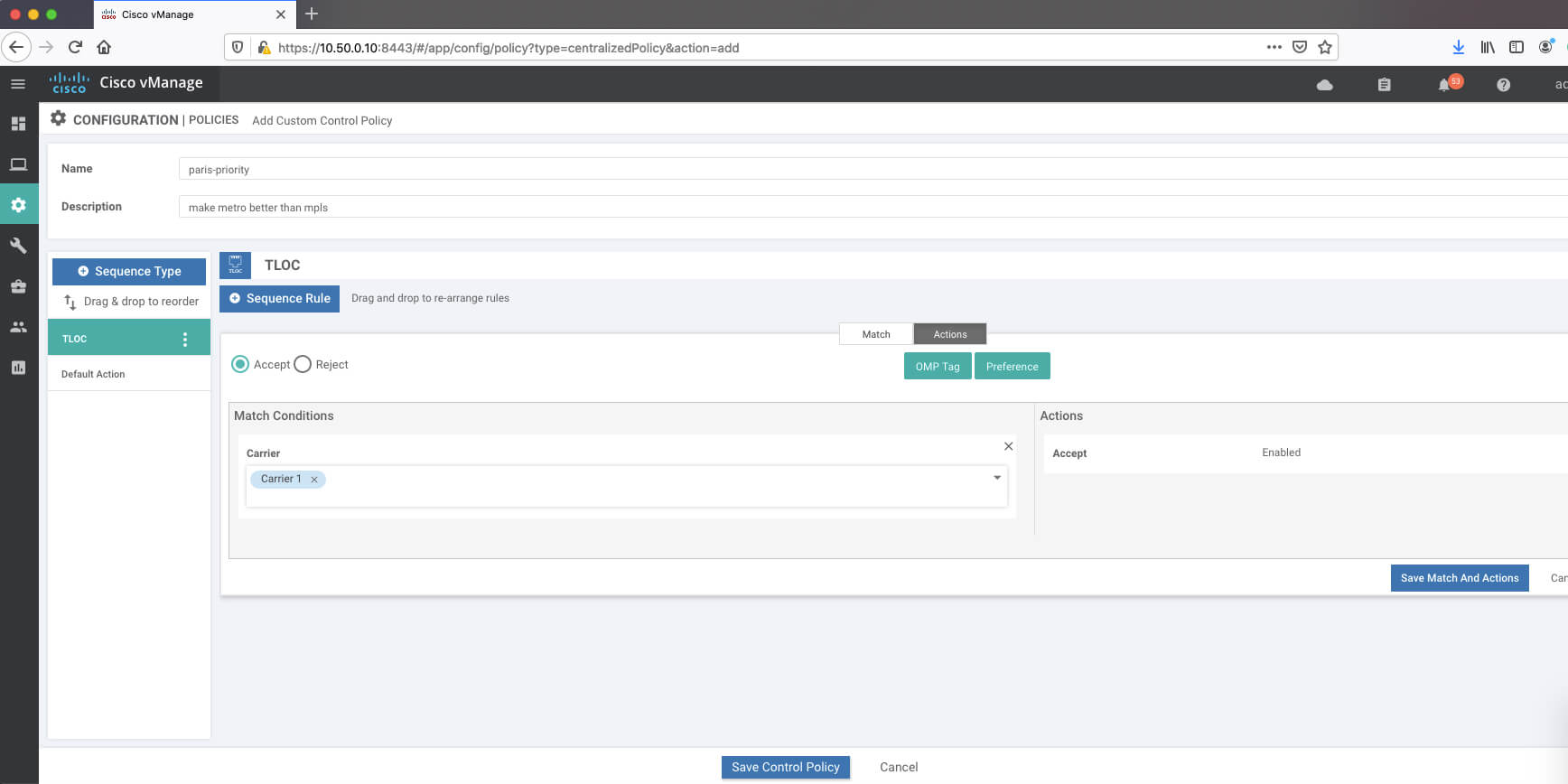 Now we go to Tokyo vEdge to verify Paris routes and paths.

As you can see, we have only now metro path, and there is no more mpls path. Now we want to see which TLOC routes are coming from Paris site.

Because we applied the rule to the inbound direction of vsmart, all other sites (Sanjose / Tokyo) will receive it.

If you want to apply Paris rule only for a specific site, you can use it on the outbound direction to that particular site.

If we apply outbound direction to, for example, Tokyo, now the output for other site will be different.

In Tokyo, we have only metro cloud path, but in Sanjose site, we can reach Paris through metro and mpls clouds.

I hope you enjoy it, waiting for your feedback.